Nvidia Shield TV review, is it worth buying? 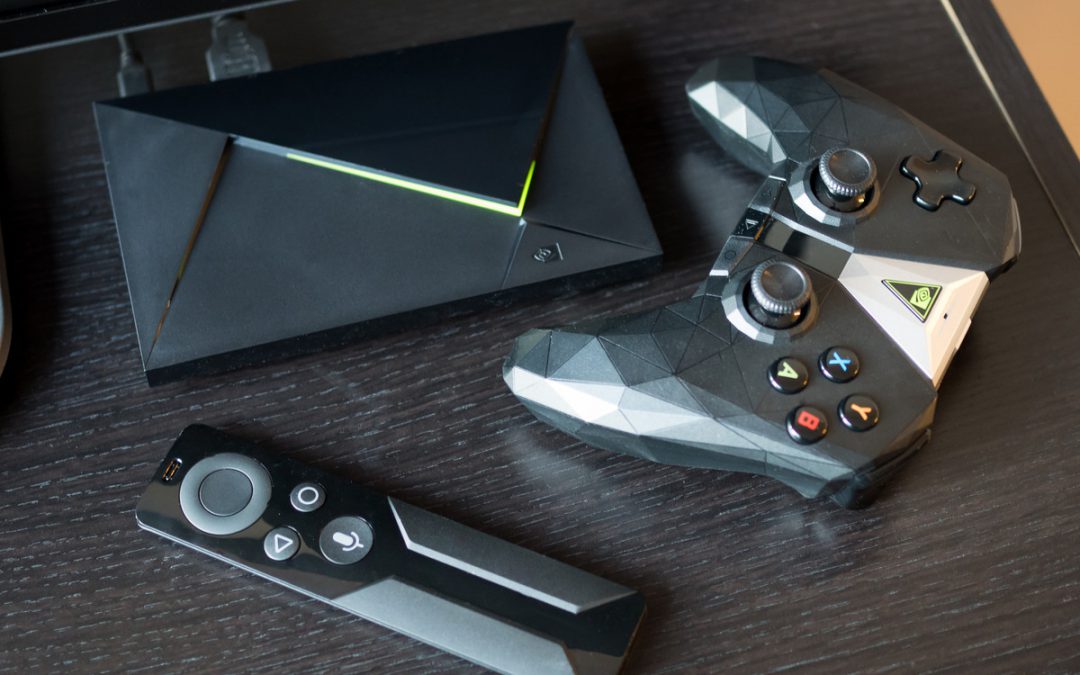 The latest Nvidia Shield TV model came in with a cylindrical black chassis that differentiate it from other similar products in the market. It’s a streaming video player like no other; for a reasonable price of 149$ you get an AI upscaling feature that is found in high-end TVs like the ones from Samsung, Sony and LG. That’s why it’s considered one of the best streaming media players on the market, and a micro-console with a competitive edge.

Although its price is higher than basic-level 4K streaming TVs like Amazon Fire TV Stick 4K and Roku Streaming Stick +, it offers more 4K HDR streaming power plus better performance, as it offers:

On the down side:

The latest Nvidia Shield TV model was released in October 2019 in 2 configurations, which are compatible with DualShock4 and Xbox One controllers.

The new Nvidia Shield TV looks like Amazon Echo from the side, so it can fit easily into the back of any entertainment center not to cause signal interference with the TV. Its cylindrical design gives it a unique aesthetic appeal.

When it comes to wireless performance, the new Nvidia Shield TV is almost the same as Amazon Fire TV Cube and similar media players.

You will find the power and ethernet connectors in a cutaway cove on one side; to protect them from damage. While the HDMI-out and reset button are on the other side.

The ethernet port is a more reliable network for 4K video streaming and GeForce Now gaming, through plugging ethernet cable directly from your router into the Nvidia Shield.

On the inside of the Nvidia Shield TV, you will find

The Shield Pro model comes with extra power through:

The device comes with a new plastic triangular remote, with backlit buttons and a built-in remote finder feature. Although the remote is made of plastic, it has a good grip.

The remote is equipped with the basic playback control functions, 2 Android TV buttons and a dedicated Netflix button. It has HDMI CEC support for controlling TV volume through remote volume buttons.

On the down side, the remote needs 2 AAA disposable batteries to work, so you will have to change them regularly.

The Nvidia Shield TV comes with:

The Android TV allows you to access various content from different sources, with rows arranged to make it easy for you to navigate including the first row for the most regularly-used apps.

The device supports most streaming services such as Netflix and Vudu, which offers Dolby Vision support out of the box; plus Amazon Prime, YouTube, HBO, Twitch, Hulu, Sling TV, Crackle, EPIX and others. However, the Apple TV is not there although it was released on many platforms such as Fire TV and Roku.

The games that can be downloaded from Android TV are usually old, unlike Games from GeForce Now which are much newer.

Because of the lack of a USB port in the main version of Nvidia Shield, you can’t plug in a Samsung SmartThings dongle and use the ecosystem.

Through the new Nvidia Shield TV, you can stream and watch various content, from YouTube videos to HD TV shows and Dolby Vision supported content from Netflix.

The AI upscaler feature is what differentiates the Nvidia streaming device visual performance from other similar devices such as Roku Ultra or an Amazon Fire TV Cube.

Because of supporting the highest-end HDR format, there is some content that doesn’t need upscaling. Try watching the “our Planet” documentary on Netflix, you will be amazed by the spectacular picture, which is supported by Dolby Vision.

The device buffers the content smoothly when jumping from one scene to another, with almost no problems.

The Android TV performance can be a bit of a drawback though, as it can be buggy and you can get system crashing errors.

When to buy or not buy the Nvidia Shield TV

If you are a Premium Cord-Cutter or a Streamer, then the Nvidia Shield premium 4K HDR/Dolby Vision streaming player is your way to go.

Also, if you are a discerning cinephile, the AI upscaling feature will give you an one of a kind experience.

On the other hand, if you are a budget Cord-Cutter then you can go for the 4K HDR streaming player cheaper options, but you will be skipping out on some features.

Also, if you are an HDTV Owner, then the Shield is probably more power than needed. So, save yourself this small fortune and go for something like the Roku Express instead.

The Nvidia Shield TV is an incredibly powerful streaming player because of its AI upscaling tech and HDR10 and Dolby Vision content support. Although the Android TV operating system lacking a controller is disappointing, its visual performance is great.