Nowadays, we prefer watching higher quality content. That’s why many companies offered streaming devices with 4K quality. You can find many 4K TVs supporting streaming services at a reasonable price.

Not only the Amazon Fire TV Stick 4K is less expensive than other similar models in the market, but it is also smaller, faster and comes with Dolby Vision support. That’s why it is considered the best media streamer for under 50$.

Control: In addition to the menu and playback controls, the second-generation remote comes with built-in voice assistant Alexa, with a prominent circular navigation pad and a pinhole microphone near the top of the slim rectangular remote. The new stick comes with a power button and volume buttons for easier control and navigation through TV menus.

You can set up your Fire TV stick 4K by following simple steps:

Having an Amazon Prime subscription lets you stream media through Prime Music and Prime Video.

All Fire TV devices run the same software, so the main menu looks the same with large rows of apps and media.

Although there are plenty of app suggestions created by Amazon, you can find many third-party apps and services through the content search function. You can search through Crackle, Crunchyroll, HBO Go, Hulu, Netflix, Sling TV, Twitch and Vudu. In addition, you can open youtube on Fire TV through the web version on Firefox and Silk Web browsers, as it doesn’t have its own app.

On the downside, you won’t find Apple and Google services on Fire TV.

Fire TV Stick 4K comes with built-in Amazon’s Alexa voice assistant, all you have to do is press the mic button on the remote and ask Alexa give you information about something (weather forecasts, sports scores…etc) or to search for a specific media to watch or listen to such as a list of movies and availability on specific streaming service. The data you asked for will be displayed on your connected TV.

Unfortunately, it doesn’t come with a hands-free Alexa in the media streamer like the Fire TV Cube. However, you can pair Fire TV Stick 4K with an Amazon Echo device for hands-free voice control.

You can use Alexa to voice control media playback (play, pause and navigate through streaming services), your TV and other compatible smart devices. Alexa is compatible with more than 20000 different smart devices.

You can also stream live feeds of security cameras such as Amazon Cloud Cam and Nest Cam IQ.

As the name suggests, the UHD and 4K video streaming feature is the most prominent feature in the device, besides supporting HDR media in HDR10 or Dolby Vision. Also, the company assures that this device is faster than previous Fire TV devices.

Unfortunately, it doesn’t come with an Ethernet adapter out of the box, which you can buy separately for 15$.

When streaming Daredevil in 4K HDR on Netflix using a 5GHz FiOS network, it worked immediately on 4K with Dolby Vision displaying a sharp and clear image.

We found that when navigating the menu it was smooth and quick, and browsing through apps felt very responsive.

Remote was very responsive when controlling volume, and when activating the voice assistant Alexa.

If you want to stream Google Play Movies & TV support, you can get Roku Premiere or Premiere+, but you will lose voice assistant Alexa, TV volume control and Dolby Vision support.

Amazon Fire TV Stick 4K comes with a reasonable price tag (50$), with many features onboard such as HDR10 and Dolby Vision support, Alexa voice control, updated remote and more.

Although it doesn’t come with an Ethernet adapter, the upgraded performance and the other features make up for that minor downside.

That’s why the Amazon Fire TV Stick 4K is considered the best media hub for under 50$. 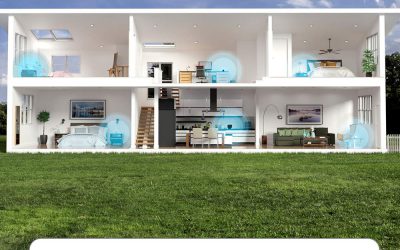 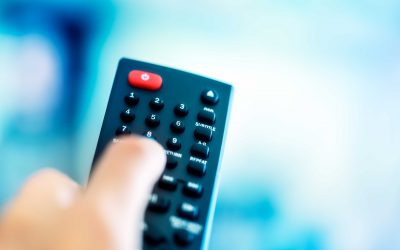 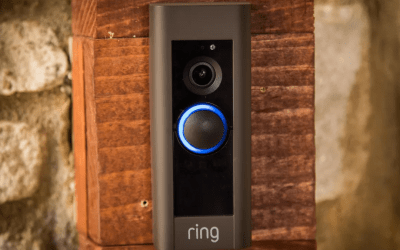